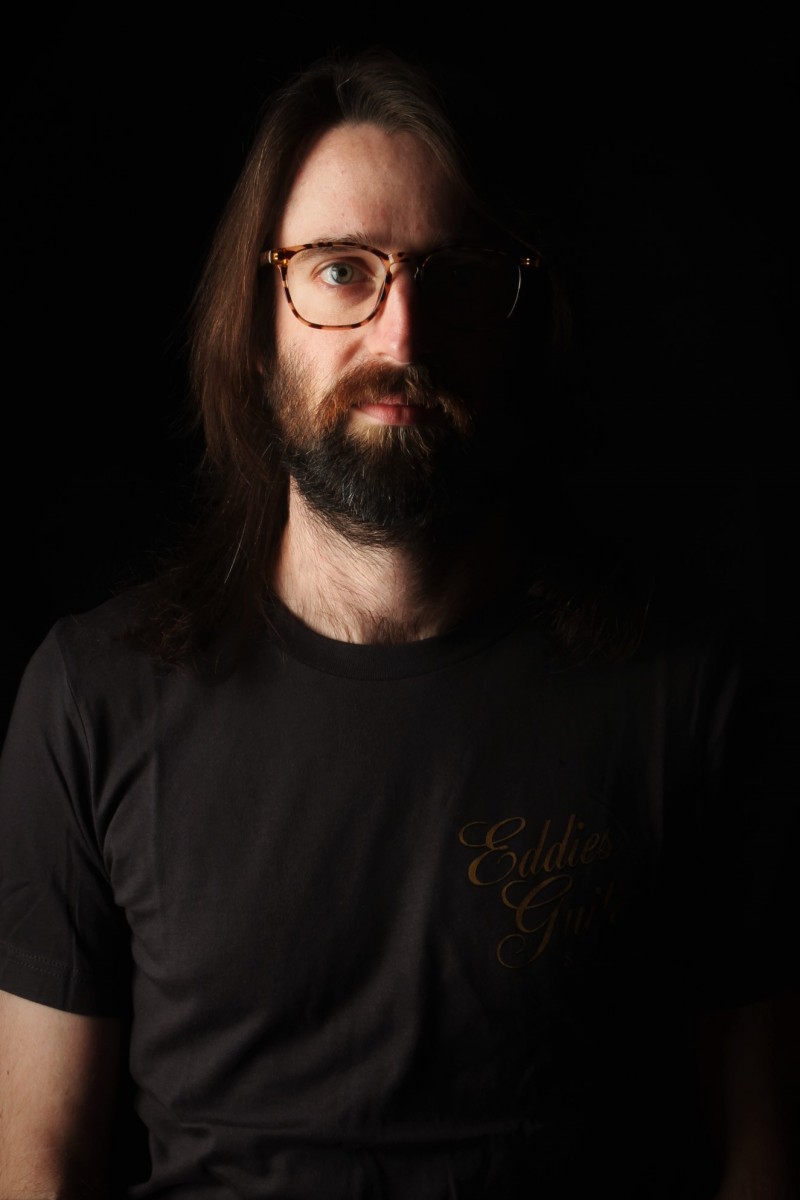 Matt fell into his position as the acoustic guru with Eddies back in 2004. He came across the shop while researching Dr. Z amps, but after walking through the door, his focus instantly changed. Realizing he would end up spending a lot of time in the store no matter what, it was only fitting that he was offered a job later that day.

His interest in guitar was sparked by his older brother beginning guitar lessons. At 9 years old, Matt would slip into his brother’s room every chance he found to play his guitar. Apparently he wasn’t that sneaky, however, because his parents surprised him shortly thereafter with an entry-level acoustic of his own.

Like many young aspiring guitarists of the early ’90s, he was primarily interested in learning Smashing Pumpkins songs. However, he looked a little deeper than most, enjoying the clean, delicate tones contrasted with their roaring fuzz. Additionally, the use of melody and harmony on early Weezer B-sides kept him focused on continuing to perfect the art.

While visiting the Martin Museum in Nazareth, PA, Matt had the opportunity to play the sweetest guitar he has ever laid hands on: A 1942 Martin D-45 that was actually on display. To his surprise, they popped open the showcase and started passing it around the room! He has secretly nicknamed this guitar “The Voice Of God.”

Recently, Matt saw the most impressive live concert he has ever attended: A 2017 performance by Julian Lage and Chris Eldridge at Off Broadway in St. Louis. As world-class players from very different musical backgrounds, their simple setup (an acoustic guitar each and a single Neumann U87 mic in the middle of the stage) managed to leaving a lasting impression that remains the most striking use of genuine dynamics he has ever seen.

Fun Fact: Despite what you may think from looking at Matt, he can slam more tacos than you, your whole family and all their friends combined.